I went to premiere: Magnificent - "Dune" (NO SPOILERS) 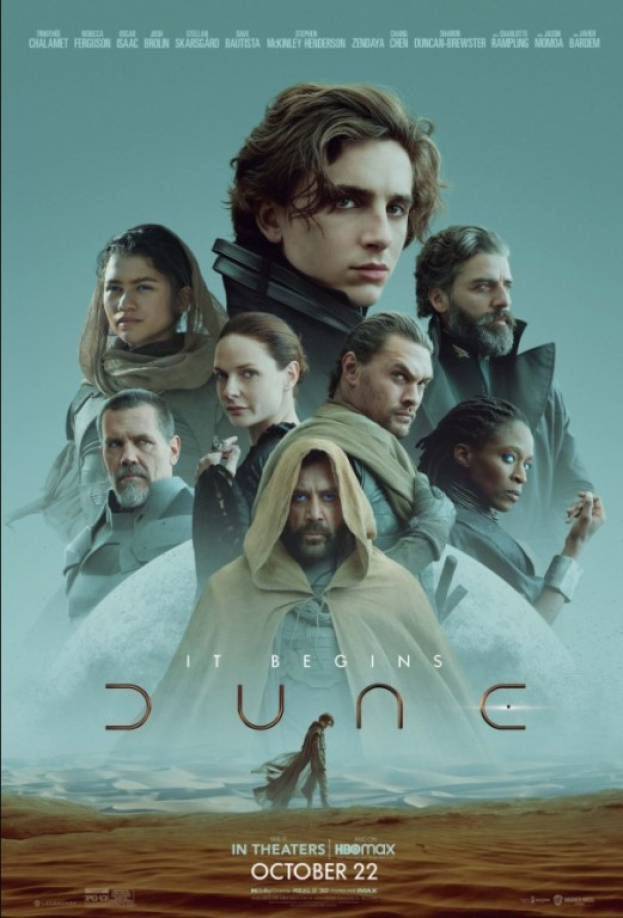 "Dune" is a monumental film adaptation of the science fiction novel of the same name by Frank Herbert from Denis Villeneuve, with which the director writes his name in the history of world cinema in golden letters.

The film tells about how the heir of the famous house of Atreides, Paul, goes with his family to one of the most dangerous planets in the Universe — Arrakis. There is nothing here but sand, the scorching sun, giant monsters...and the main cause of intergalactic conflicts — an incredibly valuable resource called melange. As a result of the seizure of power, Paul is forced to flee and hide, and this becomes the beginning of his epic journey.

"Dune" has only one problem, which the director himself perfectly understood. The novel cannot be crammed into the framework of a 155-minute film. Therefore, we are waiting for only the very beginning of an epic story.

It is for this reason that "Dune" does not have a classic ending.

But this does not spoil the overall impression of the tape in any way, on the contrary, after viewing the picture, the viewer will have a desire to find out what will happen next.

The film, despite the long timing, does not look too long. For more than two hours, an exhaustive idea of the structure of this world, the fate of the protagonist and political vicissitudes is given.

Not only the director, but also the costumes designers did a great job. The style in clothes and decorations is simply amazing. 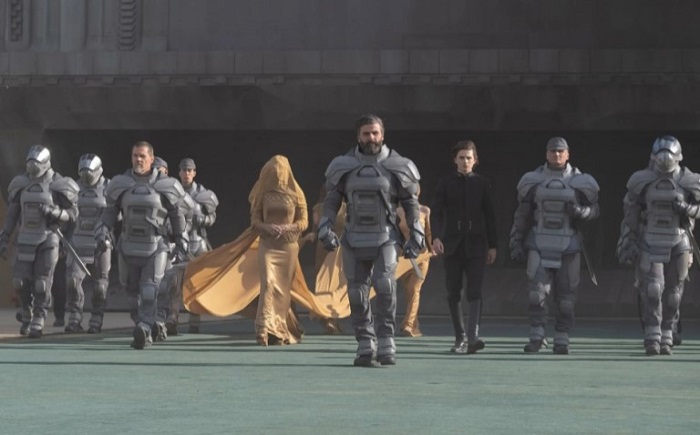 The camerawork is also admirable. It is a competent production that allows you to feel the differences between the planets, the role of water in history, the greatness of desert dunes and the place of man among the endless sandy landscapes. The film is visually incredibly beautiful.

The composer was Hans Zimmer. He created an impressive mix of Western European and Middle Eastern motifs. The compositions in the film are unique and incomparable. Just a delight for the ears of the viewer.

And actually the casting, it needs to be discussed separately. Almost a perfect hit.

Oscar Isaac (Duke Leto Atreides) - one word, CHARISMA. He is directly created to play the leader.

Javier Bardem (Stilgar) - he didn't have much time on the screen. But even silently appearing in his first scene, he immediately showed who the Oscar-winning actor is here.

Stellan Skarsgard (Vladimir Harkonnen) - it's been a long time since there were such disgusting villains in the cinema.

And of course the main character 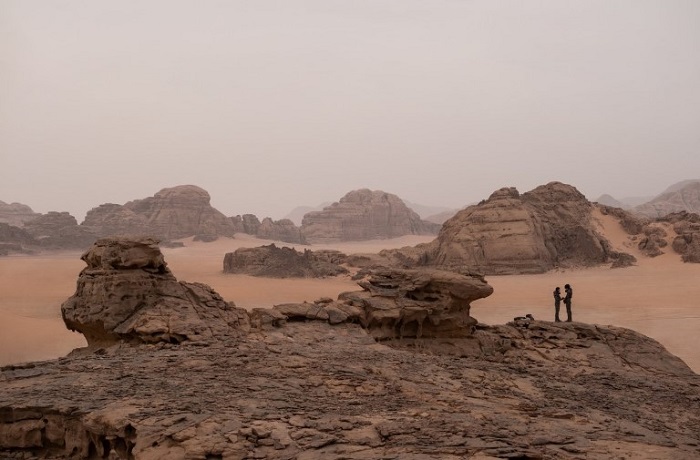 For Timothy Shalam, the role of Paul Atreides will be decisive in his career. We can't say that his game is on top, but he copes with the task. After all, not every young actor is able to carry such a monumental picture.

We are sure that in the future, under the strict supervision of Villeneuve, Timothy will be able to show himself in all his glory.

"Dune" is a grandiose author's movie that leaves its audience with trembling hands and feet on the final credits thanks to the greatness of Hans Zimmer's music and the skill and exuberance of Villeneuve's production. And the fundamental work of the artists impresses with its scale throughout the entire timekeeping. Denis Villeneuve worked on" Dune " not as a studio project, but as a dream film.