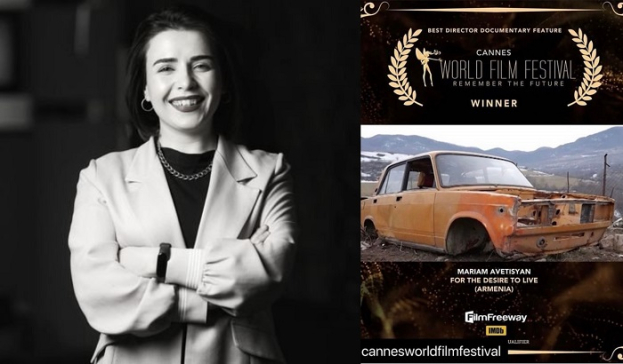 The movie entitled "The Desire to Live" by young Artsakh (Nagorno-Karabakh) filmmaker Mariam Avetisyan has won the "Best Indigenous People's Film" category, and Avetisyan was named the winner of the “Best Director Documentary Feature” category at the Cannes Film Festival.

In an interview with Artsakhpress, Mariam noted that this film depicts the post-war life in Artsakh, and the consequences of this war last fall on the people living there.

"We have received positive feedback from the [Armenian] diaspora, we have many supporters, journalists, directors, celebrities—such as Serzh Tankian, for example—from various countries. The film was presented at various festivals—in Toronto, Austria, USA, Armenia, Russia—and was a success," Avetisyan added in particular.