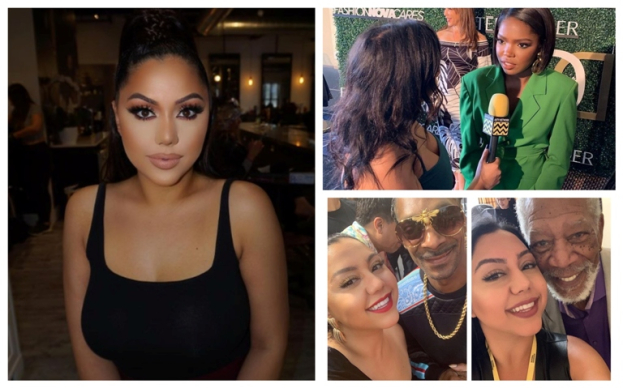 Armenian-American TV presenter Louisa Sharamatyan became more familiar among Armenians after appearing on Food Network’s “Worst Cooks” show, where she has impressed by cooking Armenian tolma and presenting it to the American TV viewers. But Louisa had started her path to the entertainment world long before participating in the show. First, she began from CBS, then made her way through more than 100s of red carpets interviewing celebrities and covering the most interesting events.

In her interview for NEWS.am STYLE’s column ArmenՅԱՆs, Louisa speaks about her family, her Armenian looks, being compared with Kim Kardashian, and current news. 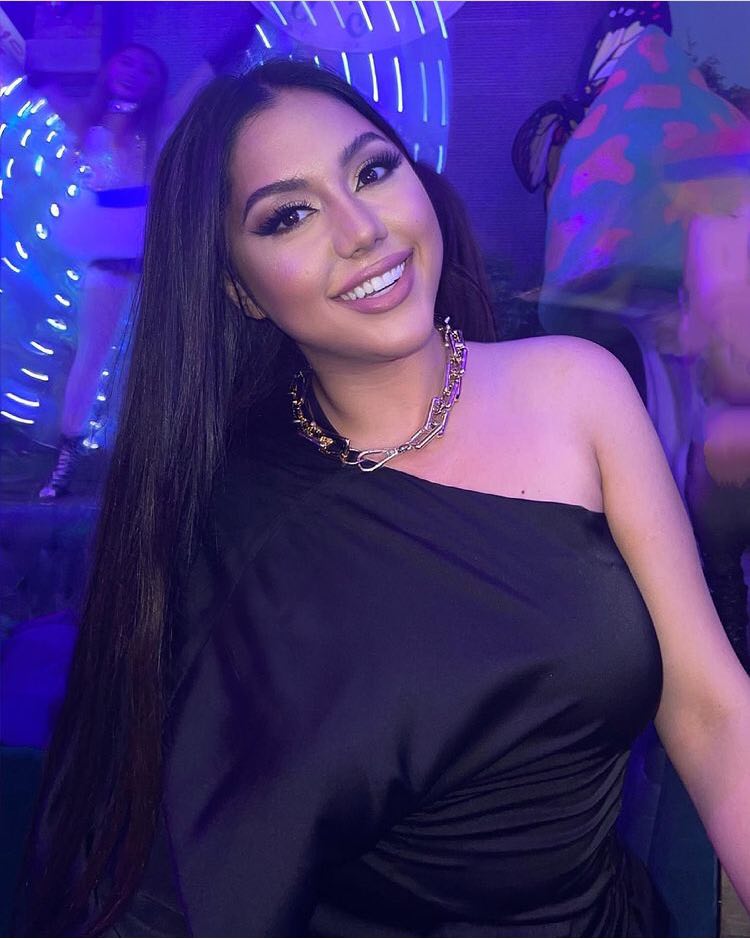 Louisa, please, tell the story of your family; how and when they decided to move to the US?

After the Armenian Genocide that took place in 1915, both my grandparents migrated to France, Beirut, and Syria. In 1946, they decided to return to Armenia, and they lived there for about 30 years. However, most of their family members and relatives had already migrated to America and they wanted to be reunited. My parents married in 1986, my older brother was born in Armenia in 1987. My parents decided to join my grandparents and make their move to America in January 1988 while my mother was pregnant with me. I was born in Hollywood, California on June 2, 1988. 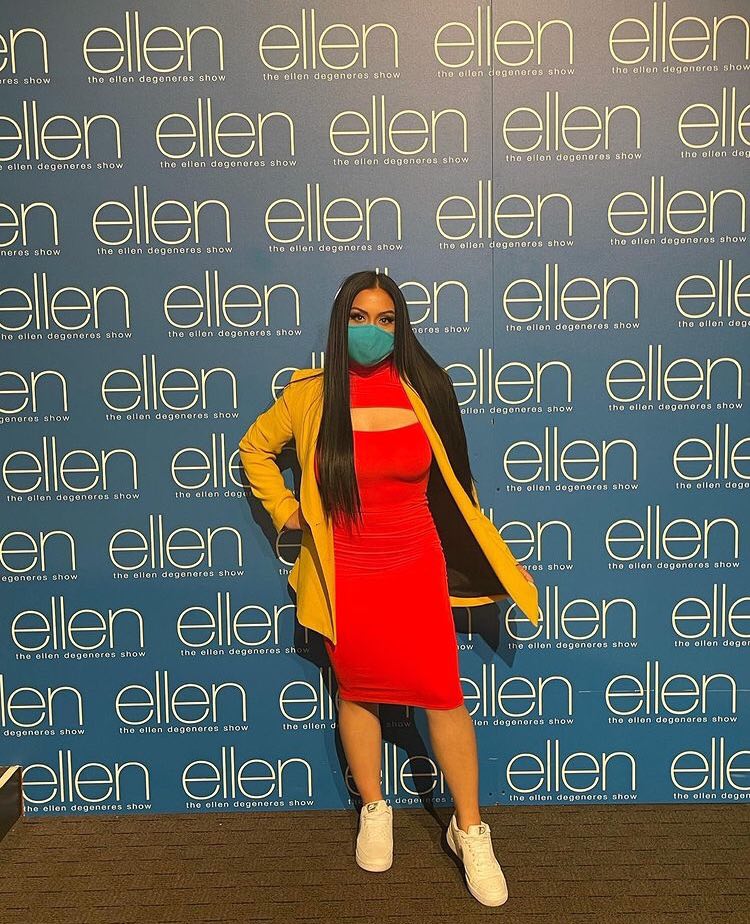 You were born there, but as we had previously talked, you speak, read Armenian, keep Armenian traditions… Was it difficult to maintain all that being so far from Armenia?

It wasn’t difficult at all because I have lived in Glendale, California all my life. The community here is mostly Armenian, and, in some ways, I believe we try to preserve our culture and traditions even more than residents in Armenia. My parents opened an Armenian Saturday school in Glendale in 1997 until 2007 called “Hayastan Saturday School”. My brother and I attended and learned how to read and write in Armenian. We learned about Armenian history, our roots and so much more. I think that is one of the main reasons why I am so connected to my culture and heritage. A year later in 1998, they opened a child daycare called “Hayastan Family Daycare” which still exists today, well over 25 years. My parents were afraid we would not speak in Armenian or preserve the dialogue hence they instilled it in us from an early age. 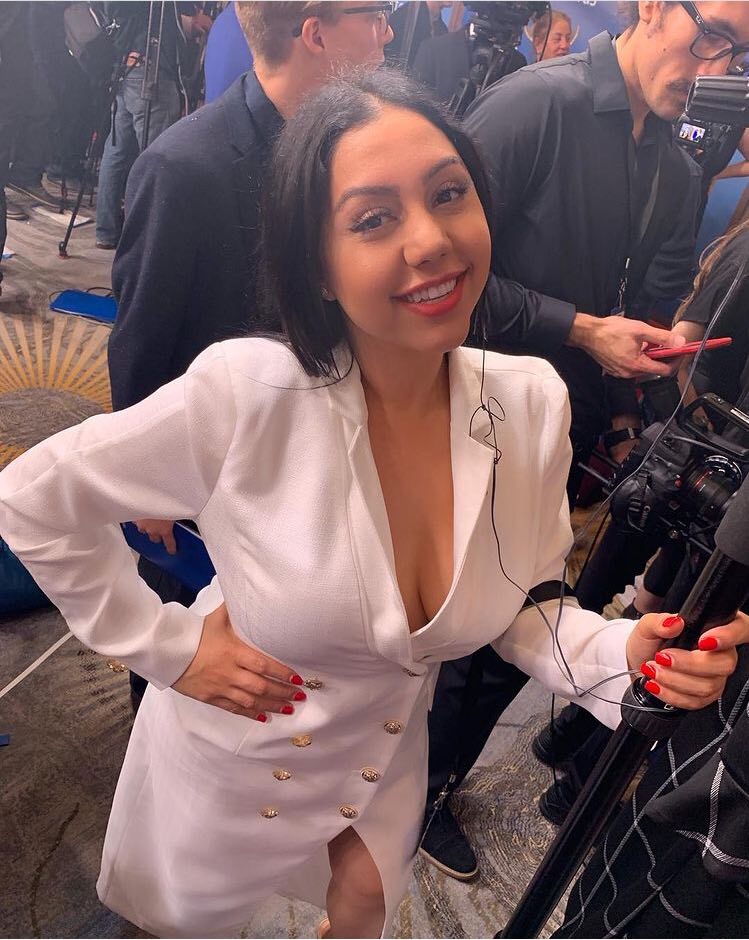 You have very Armenian features. Is it helpful for you, or on the contrary?

All my features are Armenian, and I embrace it fully. I am very grateful for my dark features, such as my long brown hair, dark brown eyes, olive skin tone, and voluptuous feminine body. I am blessed to be born Armenian. I believe we as Armenians, are a beautiful human race.

I have noticed that some people think your style has something in common with Kim Kardashian's. Are you being told about it often and how do you feel about this comparison?

I welcome it. Kim Kardashian is one of the most influential Armenian moguls of my generation. She is a fashion Icon, a fantastic entrepreneur, and she inspires me a lot. She is so confident about her middle eastern features. I admire her and her work ethic. She embraces her Armenian heritage and always spreads awareness about the Armenian Genocide that took place in 1915. Her voice and platform have a lot of weight and importance. 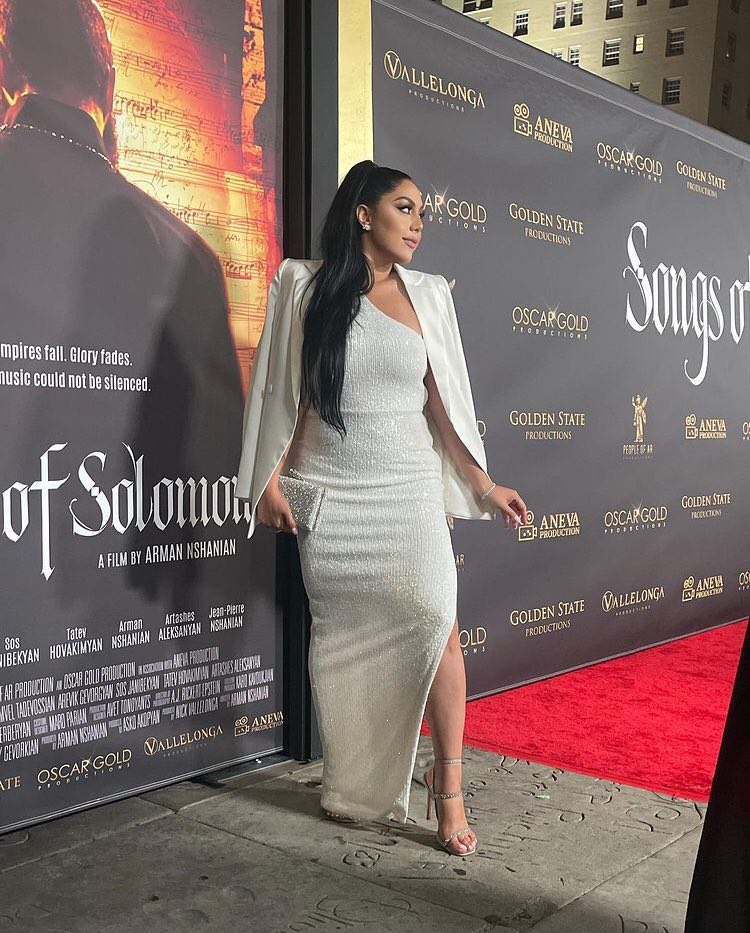 Louisa, let’s talk about your career in the American entertainment field: How your love for show business begins?

My love for entertainment started when I was a very little girl. Ever since I can remember, I have been fascinated with movies, TV shows, producing, and everything in between.

You did your first steps in this industry on CBS Entertainment Tonight. What kind of experience that was for you?

My time at CBS was very educational. I was very young, and it was my first time being exposed to LIVE Television, what goes on behind the scenes, and a LIVE newsroom. I have made some amazing friends from my internship whom I still speak to today. 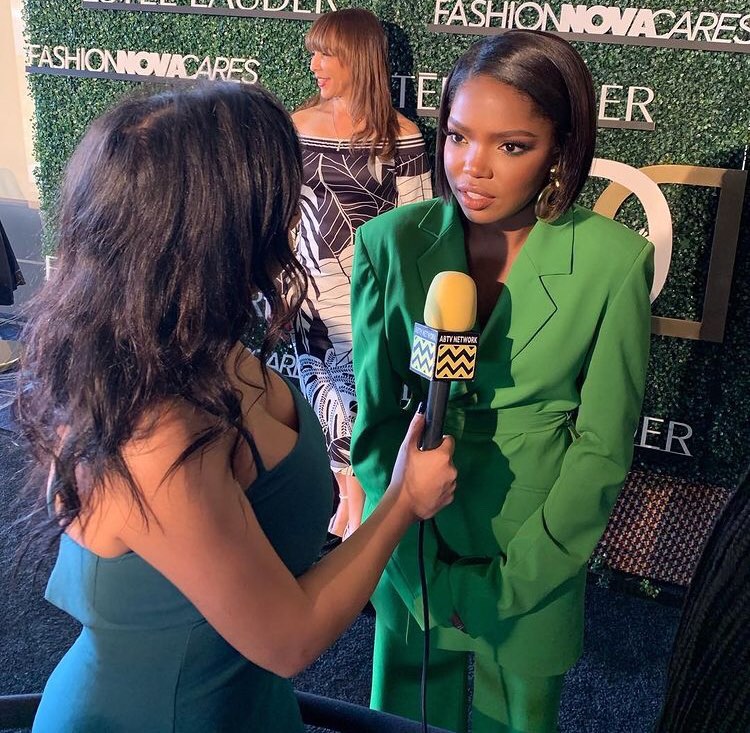 You have been covering red carpet events; what were the most impressive ones?

Yes, I have covered over 100s of red carpets, and I have learned so much. I have been fortunate enough to cover the two biggest carpets before the Covid Pandemic shutdown. The two that were the most magical for me was “Once Upon a Time in Hollywood” with Leonardo DiCaprio and Brad Pitt and, “The Irishman” with Al Pacino and Robert De Niro. For me, the most memorable was also meeting Morgan Freeman. He is very humble and kind. I wanted to take a selfie with him, and he was very excited about that. 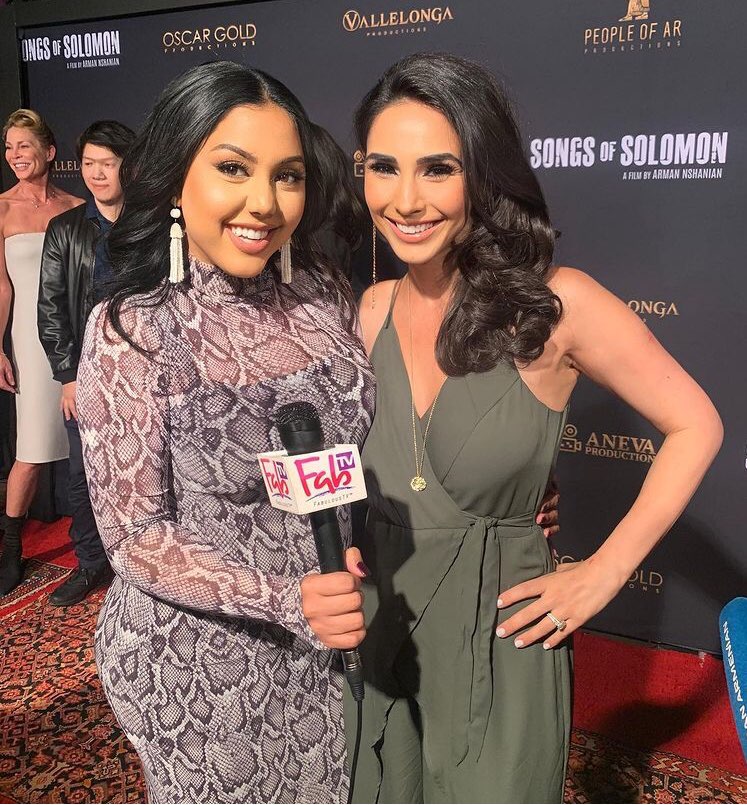 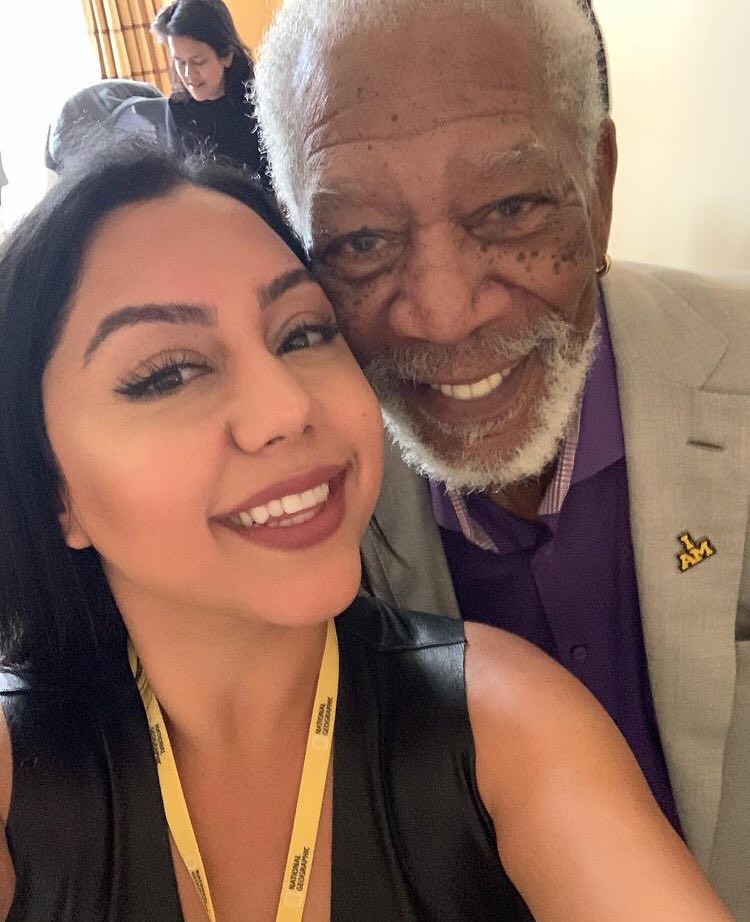 “Worst Cooks” on Food Network is the latest project you have participated in. I remember the episode you cooked Armenian tolma; have your cooking skills improved since then?

The Armenian tolma episode is very important for me. It was an honor to introduce tolma to Food Network and its viewers. I am so thankful to be working for a network that truly welcomes and embraces my rich diverse Armenian culture. My cooking has improved but I still have a long way to go. 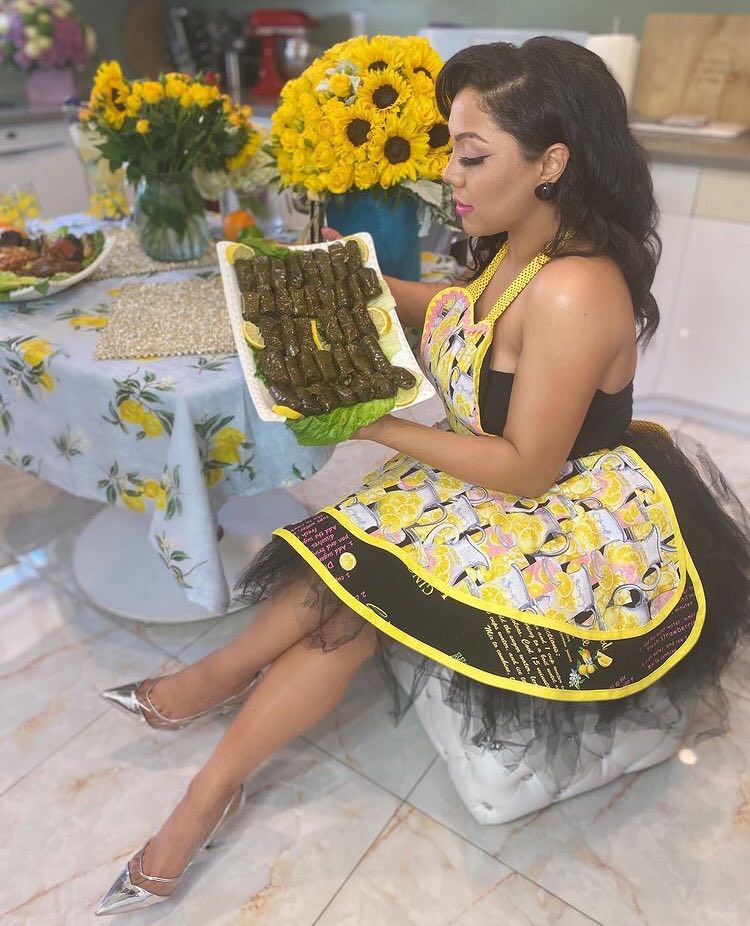 Louisa, last year you visited Armenia. Have you noticed any changes after your visit in 2005?

Yes, the changes are very drastic and positive in my opinion. In 2005, I was a teenager and didn’t understand and comprehend much. Visiting last year as an adult was much different and better. The country itself and its people have evolved and become more modern. The advancement of technology and the workforce has increased. The industry of beauty and fashion has elevated. The entertainment industry of Cinema, Arts, and Music has tremendously made an impact over the last 20 years. The younger generation in Armenia is full of life and excited about their future. 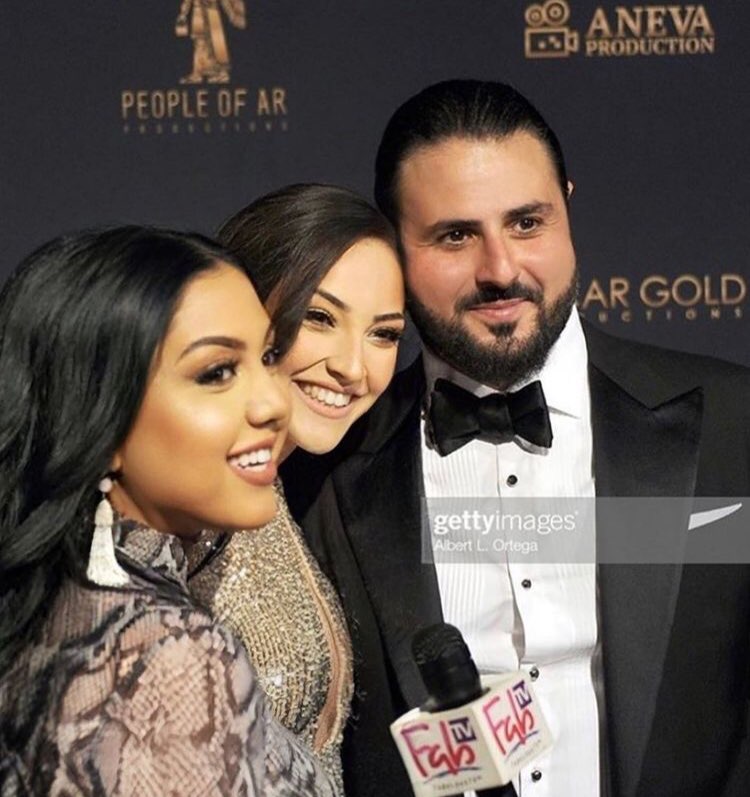 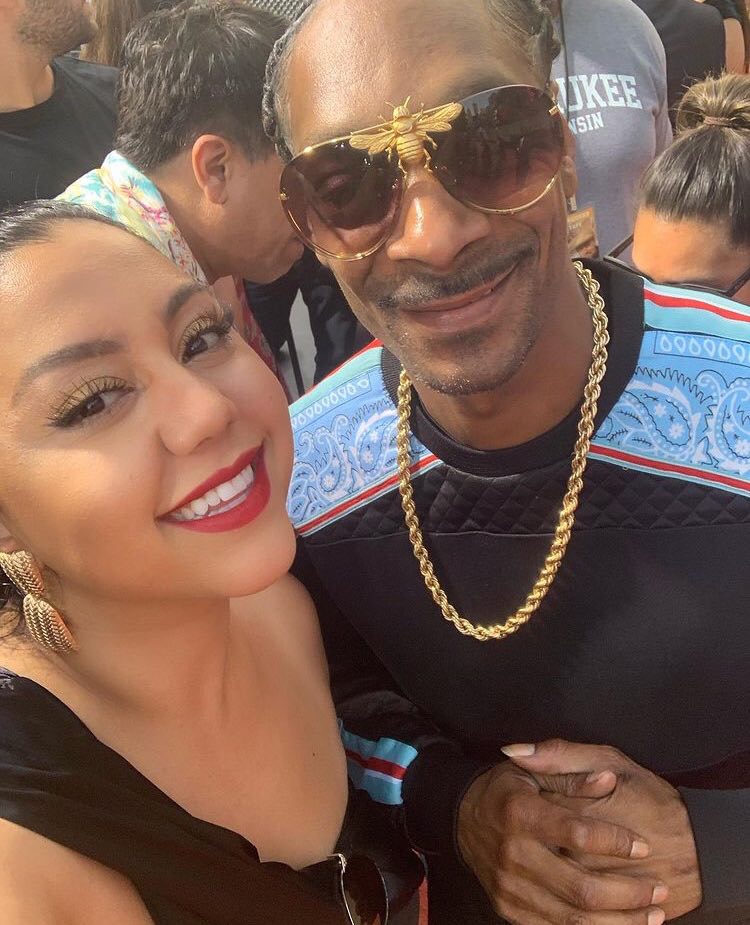 What are you working on currently?

I have a few projects I am currently working on. I like to think of myself as a “multi-Hyphenate” which is someone who has several passions and skills in the industry. I am currently working on a very powerful documentary called “The American Good Samaritans” produced by Manvel Saribekyan of Man Pictures Production. I am handling the film publicity, as well as being the Producer’s Assistant... We are in talks with local theaters to begin screening. It's a documentary that shows how the American humanitarians helped the Greeks, Assyrians, and Armenians during WW1.

I am also in talks to be on another Food Network show, but I can’t share too much about that until it’s confirmed. For now, I am enjoying and learning the process of filmmaking and telling powerful stories. I love the entertainment industry because it is a vast umbrella with different opportunities. The best is yet to come.