I went to premiere: Free Guy 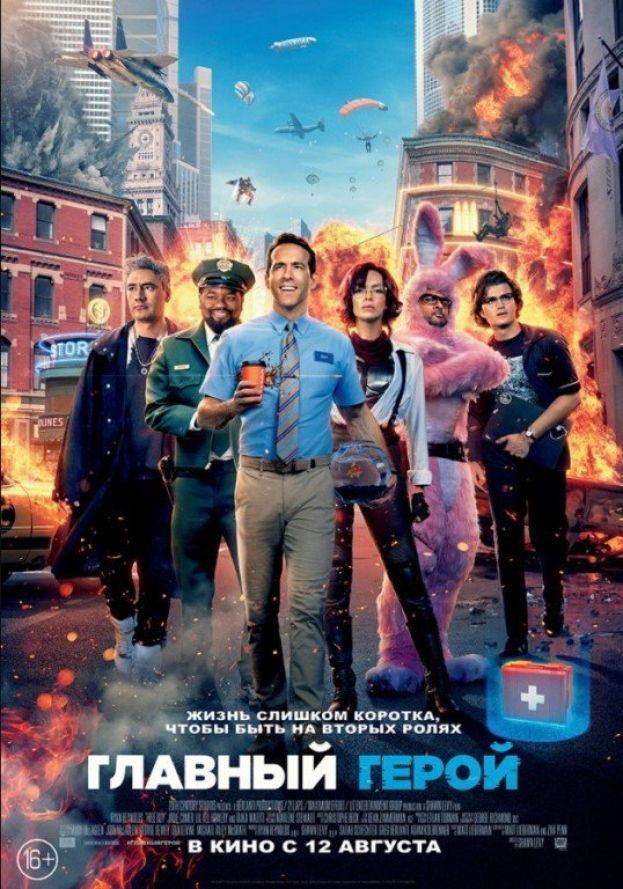 If you think about it, this is the first blockbuster in a long time that is not based on a franchise, is not a sequel, a reboot, or a film adaptation of a book or a comic book.

The film tells the story of an employee of a large bank, and who is doing everything right until he finds out that the world around him is part of a huge video game, and he is just a minor character in it. Will he have the courage to rewrite his code, attract the attention of a beautiful girl and, finally, save the world? In a word, will he make the free guy?

"Free Guy," to my surprise, turned out better than could have been expected. A fairly simple story is sometimes revealed from unexpected sides, deceiving our expectations. The plot is filled with minor details that help bring this film out of the rank of a conveyor blockbuster.

The movie is similar in concept to the "Truman Show," but in a video game where the monotony of the hero's life leads to the realization that he is capable of more. A rather obvious allusion to our reality, which emphasizes the idea that each of us can do everything.

From a visual point of view, the movie turned out to be bright and dynamic, and the characters are constantly on the move, due to the fact that events occur in the game that just does not happen to them…

What happens in the real world is also interesting to watch because it has its own intrigue and the heroes who are trying to help the characters of the video game.

It is not the first time that director Sean Levy directs the filming of high-budget comedies, and it is worth recognizing that the director knows how to make a pleasant movie for a variety of age audiences.

Of the actors, I would like to mention Ryan Reynolds, who played a naive guy at first, but with the development of the plot, we see how his character becomes truly "free": he gains experience, but at the same time remains as relaxed and funny as he was in the beginning.

The only negative party of the film is the "antagonist" played by Taika Waititi—it turned out to be quite mediocre. But I don't blame Waititi in any way; this is rather a shortcoming of the screenwriter.

"Free Guy" turned out to be a good, nice adventure movie with a great moral that if you want to change something in life, you have to take a chance, and not go with the flow.

After watching this movie, I recalled a quote from "Harry Potter": "It is our choices that show what we truly are, far more than our abilities." – Albus Dumbledore.