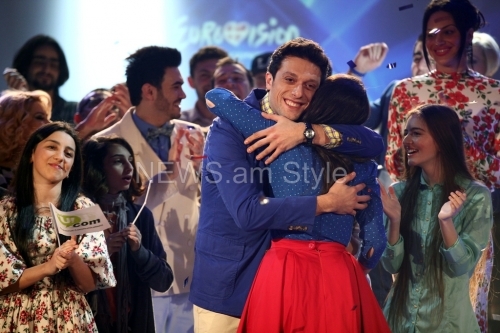 William Hill, which is one of the largest bookmakers in Europe, has introduced its bets for the Eurovision 2014 Song Contest. Last year, the bookmakers had predicted Denmark representative Emmelie de Forest’s triumph, and two year’s ago, that of Swedish star Loreen.

According to the bookmakers, the main favorite in this year’s Eurovision contest is famous Armenian showman, comedian and singer Aram MP3 (Aram Sargsyan), who will represent Armenia with the song “Not Alone.”

Aram MP3 is already receiving high bets, with a 2.10 coefficient.

Armenia is followed by Norway and Sweden. Bearded cross dresser Conchita Wurst, who will represent Austria, and Hungary’s Kállay Saunders are the dark horses of this year’s Eurovision competition.

To note, the two semifinals of the Eurovision 2014 Song Contest, which will be held in Danish capital city Copenhagen, will take place on May 6 and 8, and the final will be held on May 10. Armenia will compete in the first semifinal.