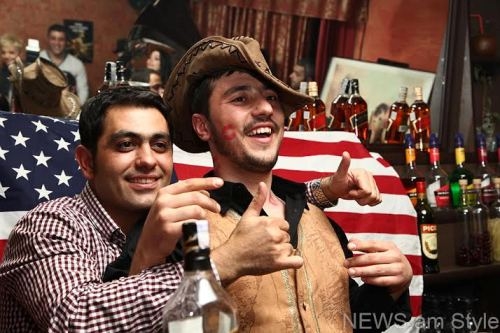 The Johnnie Walker Cocktail bartenders’ contest was held Friday in Armenia’s capital city Yerevan.
This competition was held in Armenia for the first time. Over one hundred bartenders competed at the event and six of them advanced to the final round.

“The contestants had to prepare cocktail, wear American-style clothes typical of the 1920s, and create an atmosphere of the US in the 1920s,” Tigran Avetisyan, President of the Armenian Bartenders Association, told NEWS.am STYLE.

The finalists prepared their cocktails in matchless ways and, at the end, Meruzhan Petrosyan was declared the winner of the contest.

As prize, Petrosyan received an invitation to participate in the Moscow Bar Show to be held in the Russian capital city in October 2014.